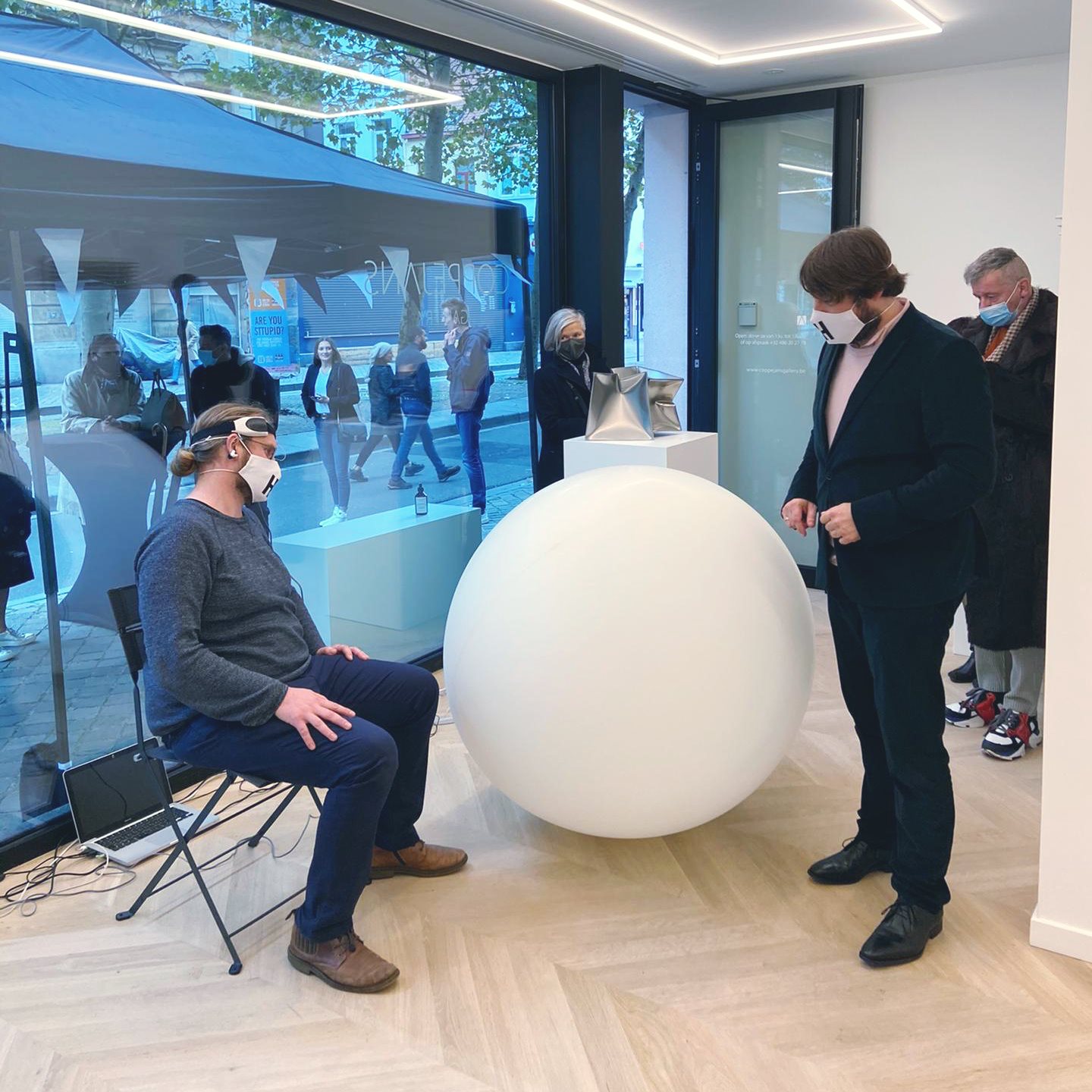 Today, sound artist Thomas Betsens did a performance in the gallery with his Brain Interface Balloon.

Opposite the imploded cube, he allowed a spherical balloon to expand. To do this, he used a device that measured and interpreted his brainwaves. During the perfomance, the balloon grew bigger and bigger and once it was fully inflated, it was equipped with a piezo microphone that mixed the sounds of the cube implosion with the sounds of touching the balloon.