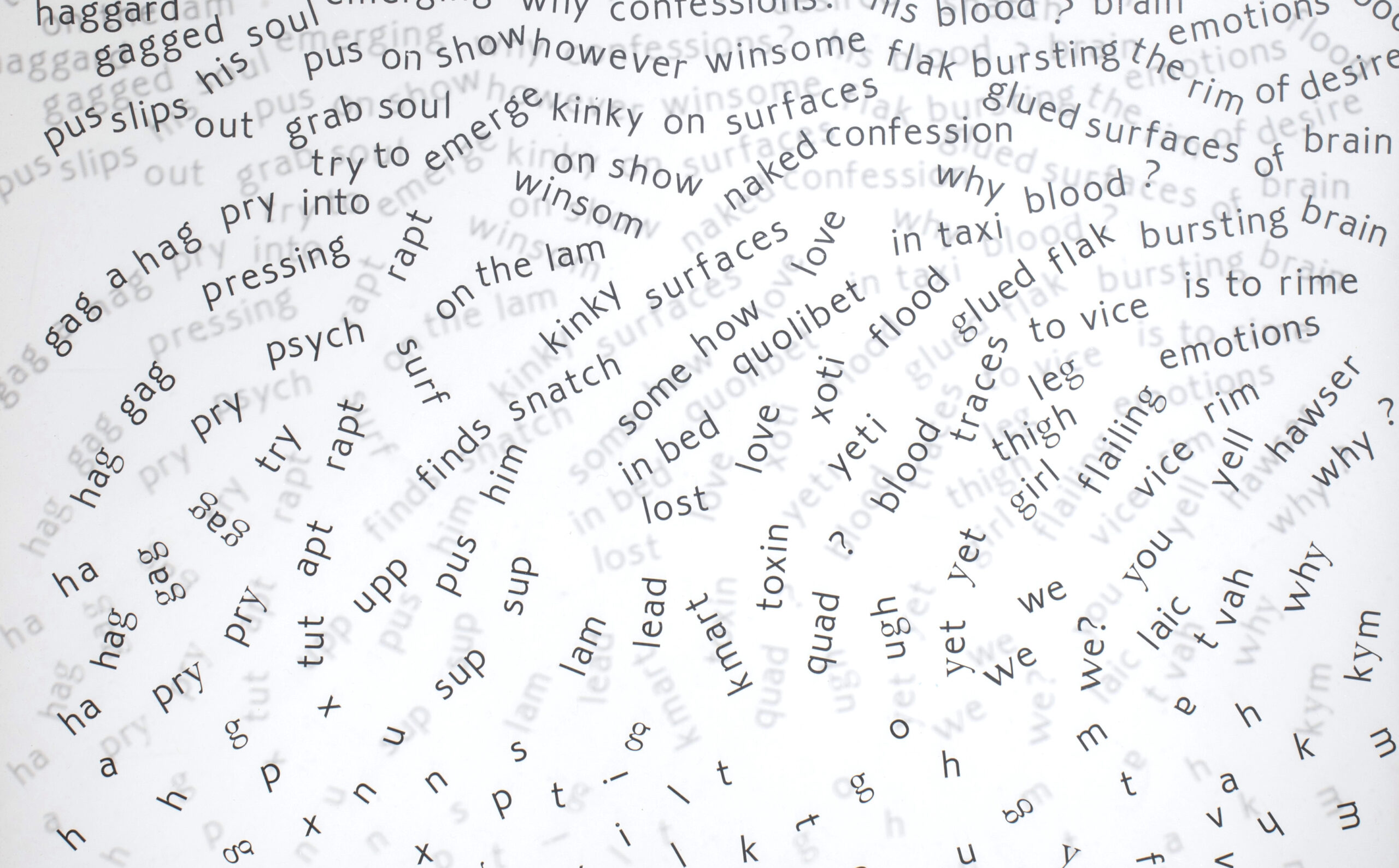 The Letterenhuis is currently showing the original manuscript of "Bezette Stad" which recently came into the hands of the Flemish Government within the framework of the Flemish Flemish masterpieces decree. At the M HKA the archival exhibition "Lotta Poetica" on Paul De Vree's leading magazine is running. It includes work by Ewerdt Hilgemann and Alain Arias-Misson, among others.

From the many conversations following these initiatives, the idea arose to set up two exhibitions and several activities with the gallery, of which WOORD was the first. It became an exhibition on language in art with work by Marie-Sophie Beinke and Alain Arias-Misson.

On the first day of the exhibition, Alain Arias-Misson will perform a Public Poem in Antwerp. This special event is organized in collaboration with the M HKA.

At the invitation of Gallery Coppejans, artist Marie-Sophie Beinke (°1990, Munich) presents a series of performances with contributions by Gerard Herman, Peter Fengler, Mekhitar Garabedian, Fien Maris & Evelin Brosi, Laurence Petrone and Guy Rombouts. The program is introduced by her own performance "Für Bernd Lohaus", in which she recites poetic writings by Lohaus, selected by Anny De Decker, Stella Lohaus and herself.