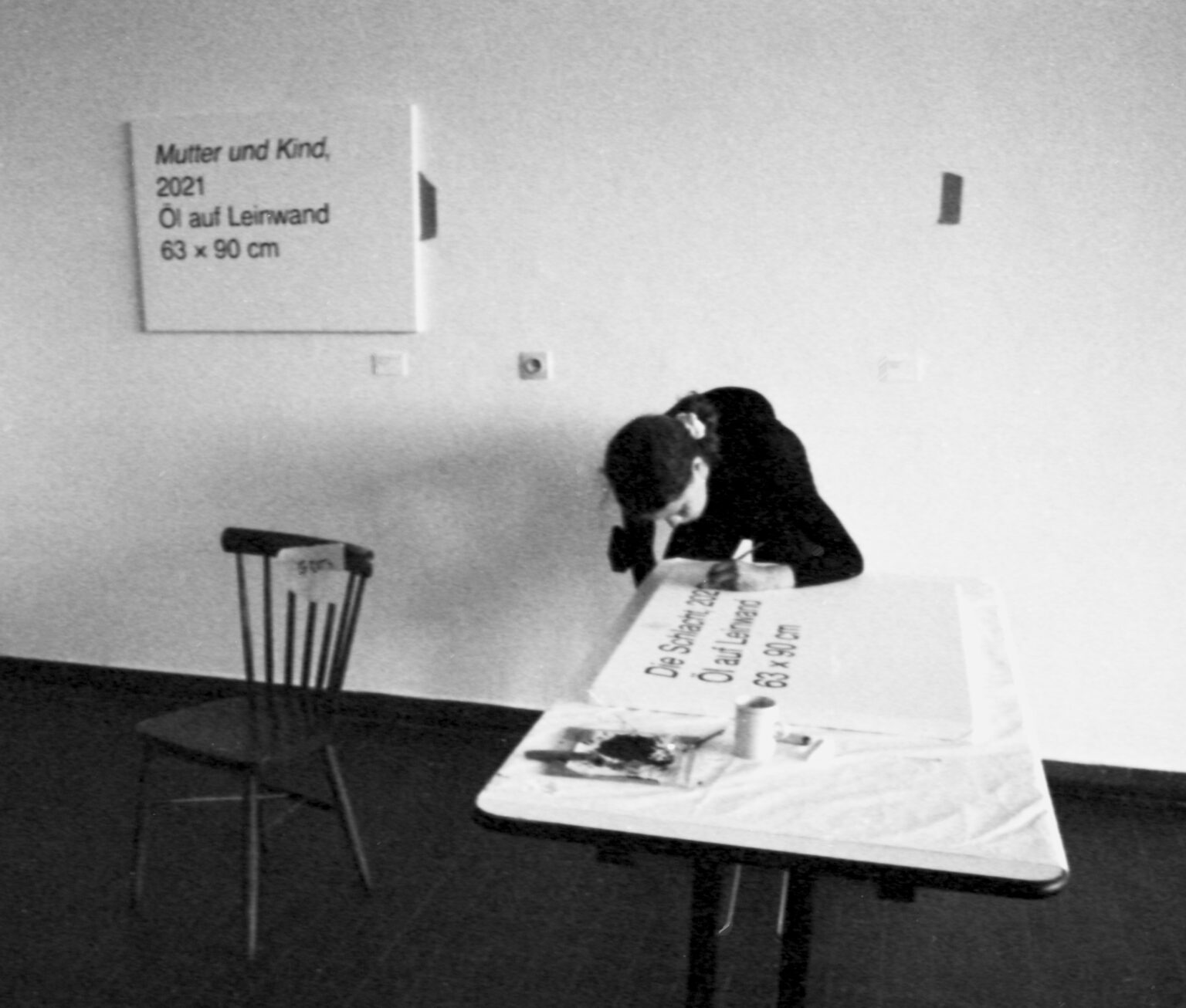 At the age of twenty-one, Marie-Sophie Beinke (Munich, 1990) moved to Belgium, where she successfully studied fashion and painting at Antwerp Academy. Over the last few years her work has become richer in form and it has gained depth and definition thematically. Gradually language and text have come to occupy a more prominent place.

As a designer, she worked a lot with colours and prints encompassing scores of cultural references, which she combined and had clash in a complex manner. Her first (beautiful) paintings were inspired by memories, which were represented using warm blocks of colour. She went on to produce paintings based on photographs she had taken of family scenes, friends and interiors and she painted a number of (self) portraits, the faces of which were erased upon completion. She also made a list of colours, including the black of a glance, the white of death and the colour of loss. Then came a series of paintings for which she stretched unprepared canvas with a lot of residual canvas on the back, prepared this canvas and then removed it from the stretcher and stretched it on a larger stretcher. Over the last year, she has produced a series of sixty drawings on canvas representing an island; she has incorporated tiles covered with canvas into a footpath, made a wooden replica of a swimming pool changing cubicle, and a series of paintings containing as images some of the most frequently used titles in the history of art. A bulky, bound, blank book for images that cannot be put into words has also seen the light of day, along with performances (including with Bernadette Zdrazil), posters and films. Furthermore, Beinke uses the post as a medium, for example to send artist’s editions, because the tactile experience of the package is important to her.

Increasingly reading, writing and meditating weave themselves into her visual practice, which has become more and more restrained. Like an onion that peels itself, like a book that reads itself from cover to cover, like a painter who thinks away the visual, the narrative and the anecdotal, like Kafka’s hunger artist, like a hermit who meets himself outside the dreams of the self. What does it mean to remain true to yourself, to be a woman, to be a person? Why do we make things? And how thin, how transparent, how weightless can these things be? Here we find a thought process that takes shape in objects, gestures, words, colours, empty space and breathing space. It comes to us unplanned, cutting its own path, taking on new forms, presenting itself. Elusive, unattainable, silent. 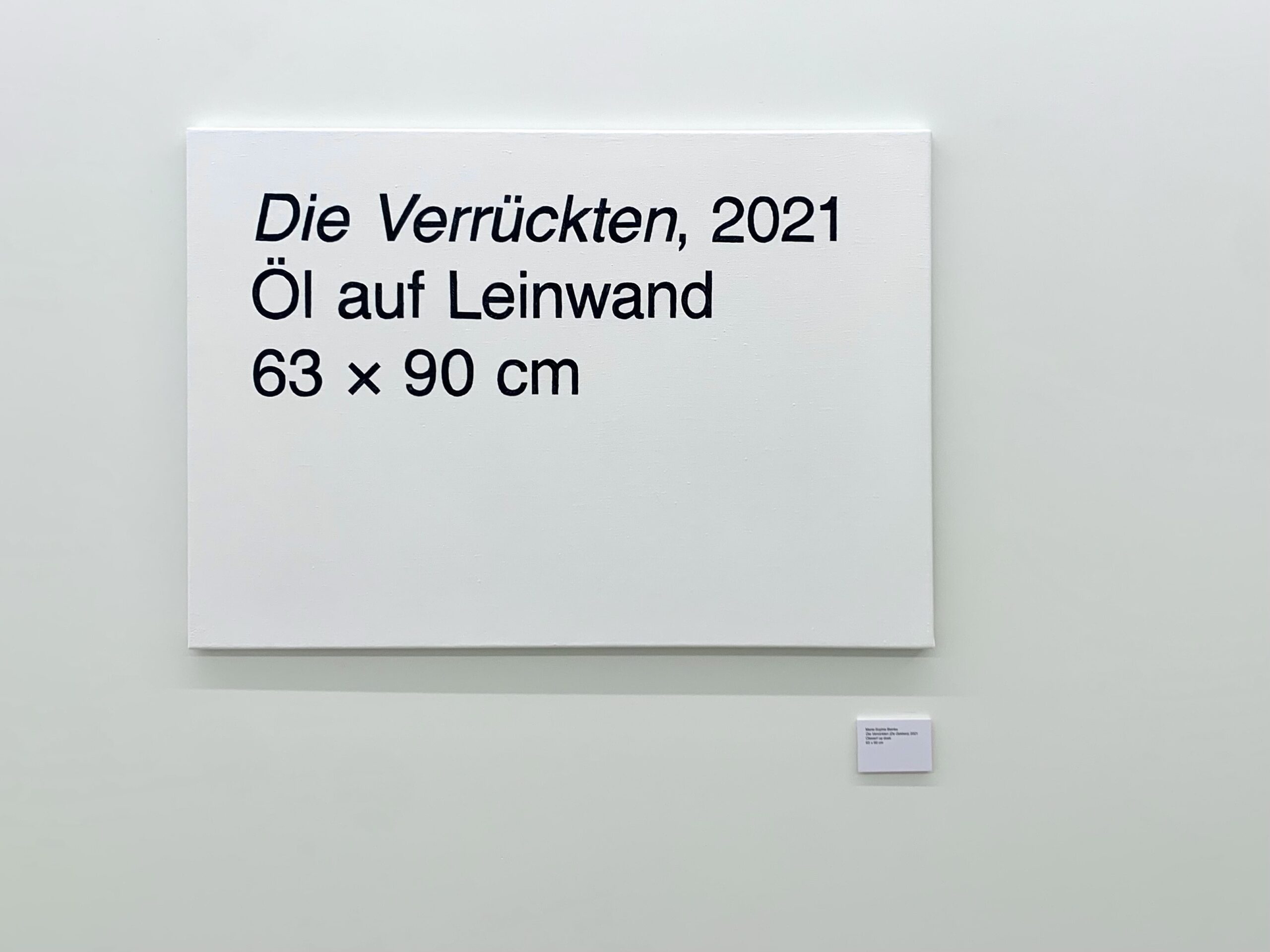 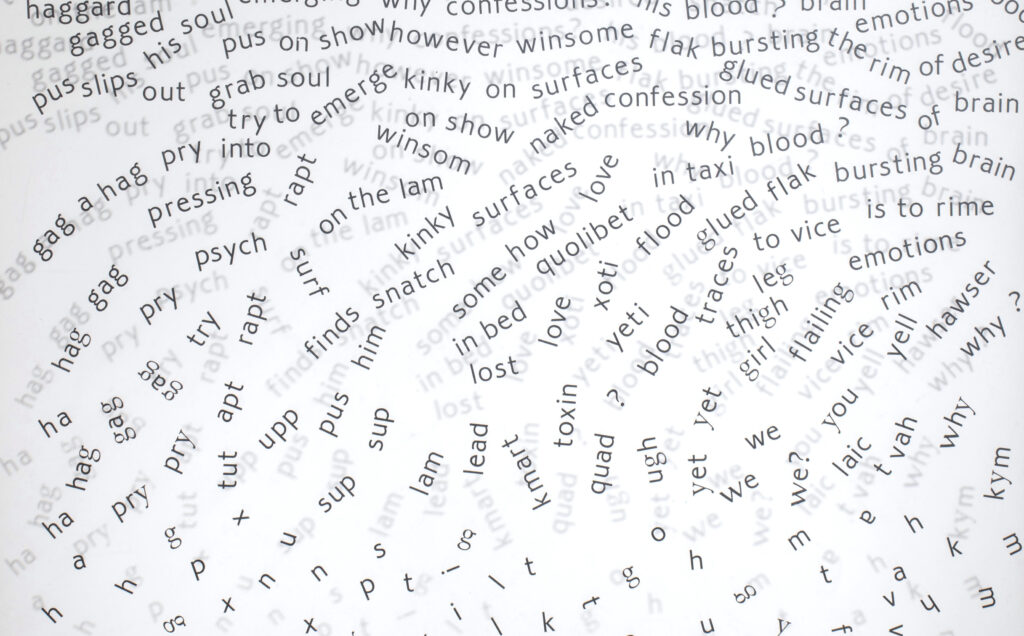