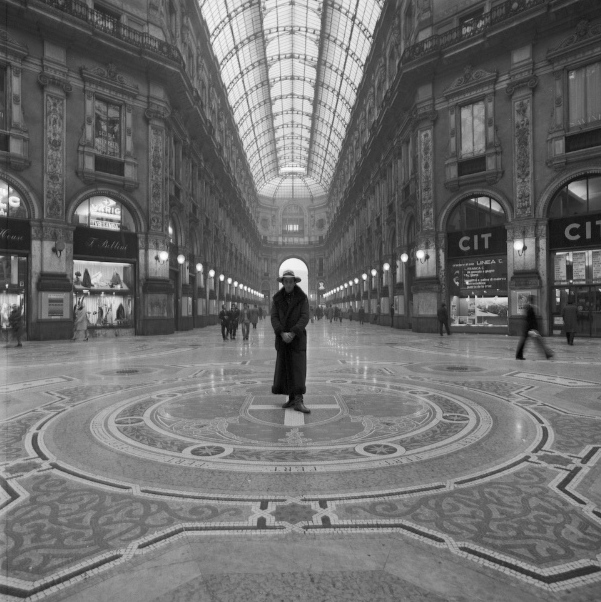 Daniel Spoerri is a Swiss artist, director and sculptor. He is originally from Romania, from which he fled with his mother at an early age because of the Nazi regime, of which his father was a victim.

Spoerri has had a nomadic existence since his get-away to Switzerland. He never stayed in the same place for more than a few years and traveled the world. He started a restaurant in each of his new homes. There he dealt with the food and menu in an artistic way. What typifies Spoerri's work is the typically nomadic urge to capture moments by bringing objects and information together in a kind of 'memory trap'. He called these assemblies Tableau Pièges. They consisted of glued objects that had come together by chance or by a combination of circumstances. The best known works are the tables by Spoerri, which are literally glued table settings after dinner with guests.

His work is part of the Nouveau Réalisme and the ZERO movement. However, he is an outsider in both categories. His unique existence as a traveling artist has given the oeuvre a very personal and contemporary twist. In a sense, one can draw parallels with our own nomadic existence on social media and the many photos and stories that are brought together and stored as coincidences.

In 2015, the paths of Daniel Spoerri and Stijn Coppejans crossed for the first time when Coppejans curated a retrospective exhibition of Spoerri in the Verbeke Foundation. At the time, a publication was also published in collaboration with art historian Johan Pas. Since then there has been a collaboration with this artist.